Attendees of a music festival in Illinois reported thousands of dollars of unexpected charges on their credit cards after a payment glitch increased their tips 10 or 100 times the intended amount.

Courtney Richter, a 20-year-old who attended the Sacred Rose Music Festival in Bridgeview, Illinois, told WLS that her $2,079 charge shocked her and she thought the issue was a credit card skimmer.

“I was shocked,” Richter told the station. “I had no idea how that could go through. My first thought is that there was (sic) card skimmers at the venue somehow.”

“I’ve been to many, many festivals. This is the only time something like this has happened,” she added, the Chicago Tribune reported.

ILLINOIS SUSPENDS GROCERY TAX FOR ONE YEAR — WITH CERTAIN EXCEPTIONS

David Littman, 33, said his nearly $1,300 credit card charge at the event nearly made him laugh as “so many things” went wrong with the festival. Some people online have referred to the event as a mess-tival.

The Chicago Tribune reported some people Littman knew at the event faced nearly $4,000 in charges.

“I don’t know what they could do to get me going back there next year,” he told the outlet.

The incident happened on the first day of the three-day Sacred Rose festival, which ran Aug. 26-28. SeatGeek Stadium, who ran concessions for the event, said a “configuration error” was responsible.

“You may have accidentally been charged a large amount from F&B at the stadium when using a credit card,” SeatGeek Stadium said in a statement. “Our payment processing is secure but had a configuration error. There was no exposure and/or fraud; we are PCI compliant.”

Ray Hanania, a spokesperson for the village of Bridgeview, which owns SeatGeek Stadium, told WLS that “the glitch involved the tip processing point of sale.”

“When the tip went in, for some reason it added one or two zeroes to it,” the spokesperson added. “This is not a reflection of Sacred Rose.”

By the day’s end, “several hundred” incorrect charges had already been processed, the Chicago Tribune reported.

These overcharges, however, will be refunded, the company said.

“We are reversing all of these charges and you should see the amount credited to your card in 3-5 business days,” SeatGeek Stadium added. “We are very sorry [for] the mix up and offer sincerest apologies for any inconvenience.”

MEGA MILLIONS WINNING TICKET SOLD IN ILLINOIS IN $1.3B JACKPOT

The final day of the event was canceled due to weather and safety concerns.

“Safety is our #1 priority. There are safety protocols in place and we hit the show stoppage criteria. Working with local officials we made the tough decision to cancel the remainder of the inaugural Sacred Rose Sunday,” Sacred Rose organizers said. 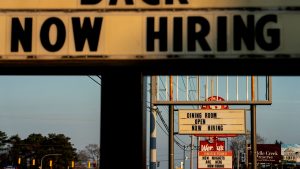