As the Federal Reserve has raised interest rates to fight inflation, there have been several obvious implications for the economy. New borrowing rates for buying cars and mortgage loans have risen, in many cases doubling from 18 months ago. On the other hand, the interest paid to savers has also increased, putting more money back into their pockets.

One area that’s not quite as obvious is the valuation shift in the lump sums associated with pension plans. After all, defined benefit pension plans are nowhere near as common as they were years ago. According to the Bureau of Labor Statistics, only 15% of workers in private industry have access to defined benefit plans.

A defined benefit plan works slightly differently than the more common defined contribution plan. A defined benefit pension plan promises the participant a specific level of retirement income rather than a specific amount of money, but it may offer the option to receive your benefit in cash. The amount of this lump sum is based on the plan’s ability to generate the promised income. This is where the shift in interest rates is so important right now.

Is that a big deal?

Does this concern me?

As mentioned above, only 15% of all private employees are covered by defined benefit plans. Many of this group have plans that do not offer lump sum payouts. If you have a lump-sum option and expect to retire soon, it may be worth knowing when your plan’s lump-sum benefit will be reset based on current interest rates.

Are you ready to retire now?

If you’re ready to retire soon and are eligible for a lump sum payment from a defined benefit plan, it may be worth considering retiring before your benefit resets. The key phrase is “when you are ready”. If you have several years of work to do after making your retirement projection, early retirement may not be worth it.

Based on the years that hundreds of retirement projections have been made, I think it’s very difficult to retire 4-5 years early because of the extra years of distribution, years of missed contributions, and potentially higher medical expenses. Also, interest rates could fall over the next few years, driving lump sum payouts back up. If you are ready to retire now or have an alternative employment opportunity, it is worth considering taking the benefit and retiring.

As we find ourselves in this protracted environment of rising interest rates, there will certainly be major shifts in conventional tactics that have worked in a low interest rate environment. With defined benefit plans, it’s important to understand how your plan pays benefits and adjusts to changes in interest rates. When and how you receive your pension can be one of the most important decisions you make when you retire. 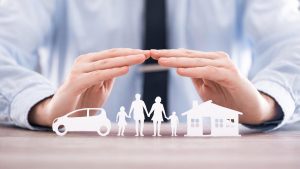